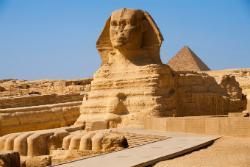 Harry B. ‘Skip’ Brandon is Chief Operating Officer of SBI and founded the company in 1996 with Gene M. Smith.  He has an extensive background in US and international investigations and counter-terrorism activities, with special expertise in providing in-country support to international corporate projects. His experience and expertise is particularly great in Latin America, Asia, Africa and Central Europe.

Skip Brandon has used a “hands-on” approach to various projects. He has:

Harry Brandon is uniquely qualified to advise clients and provide accurate and timely information on such issues as risk avoidance and uncovering intelligence efforts directed against their companies. He is equally qualified and experienced in ensuring employee safety and asset security in high-risk areas, particularly in developing nations. Mr. Brandon is a frequent contributor to television and radio news programs such as ABC, CNN, FOX News, MSNBC, and NPR.

Prior to founding SBI, Mr. Brandon directed the FBI’s worldwide counter-terrorism efforts and had wide ranging responsibilities over National Security programs in his ultimate assignment as Deputy Assistant Director of the FBI for Counter-Terrorism and Counter Intelligence. Mr. Brandon participated in domestic and foreign policy deliberations as a member of various Presidential Commissions, National Security Council working groups, and interagency forums.  He testified frequently before the US Senate and the US House of Representatives. During his tenure with the FBI, Mr. Brandon was assigned to numerous posts across the US, including Puerto Rico, where he was the Special Agent in charge of all FBI activities in the Caribbean Basin.