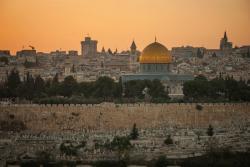 Gene M. Smith is the President of SBI and founded the company in 1996 with Harry B. Brandon. She specializes in international business intelligence and investigative services, and has extensive experience in economic and political analysis.  Since SBI's founding, she has worked on projects around the world, with an emphasis on developing countries in Latin America, Southeast Asia, Central Europe, the Middle East, and Africa.

Ms. Smith has particular expertise in providing investigative services, including:

She also has assisted international law enforcement authorities in the investigation and prosecution of fraud.

Gene Smith has developed a broad array of global resources that include a network of in-country associates who support strategic intelligence-gathering operations and state-of-the-art databases.

Her practice provides unique access to sources of information on companies, individuals and potential partners in developing nations and emerging economies. Beyond professional associates in countries around the globe, she has developed relationships with US and foreign government sources, international diplomatic resources, as well as sources in the US from competitive intelligence and law enforcement circles.

Ms. Smith is a former Ops Officer with the US Central Intelligence Agency (CIA), serving at the US Embassy in Brasilia, Brazil, and the US Consulate in Sao Paulo, Brazil. Prior to her service with the US Government, Ms. Smith was a prosecutor and trial attorney in Louisville, Kentucky and New Albany, Indiana.