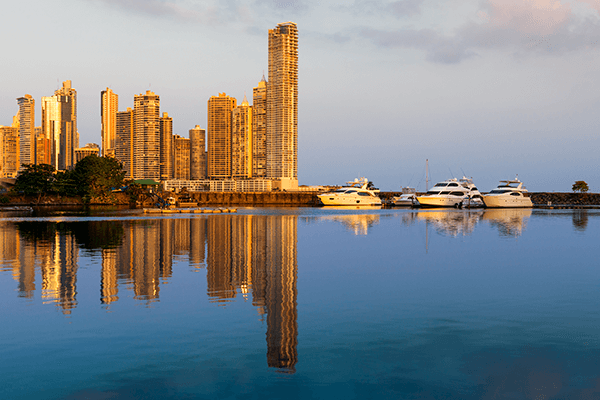 The US Department of State recently granted an extradition request filed by the government of Panamanian President Juan Carlos Varela to extradite his predecessor – former President Ricardo Martinelli (2009 – 2014), often described as a supermarket tycoon. The extradition request appears to focus primarily on allegations of illegal surveillance and political espionage during Martinelli’s presidential term. Although Martinelli is the subject of several corruption claims in Panama (to which he has already returned), it is unclear if he will be tried solely for illegal surveillance and espionage or if he will face additional corruption charges.

After Martinelli’s presidential term ended in 2014, he moved to Southern Florida and applied for political asylum claiming that President Varela was targeting Martinelli due to political motivations. Varela was previously the Foreign Minister (2009 – 2011) and Vice President (2009 - 2014) under Martinelli, though the two represented different political parties. In 2011 Martinelli dismissed Varela from the position of Foreign Minister, a move that resulted in widely-publicized tension between the two politicians and their respective political parties.  In May 2014 Varela was elected president and his Government started inquiries into Martinelli. In June 2015 the Panamanian Supreme Court opened corruption investigations into Martinelli and by December 2015 the Court had issued a warrant for Martinelli’s arrest. 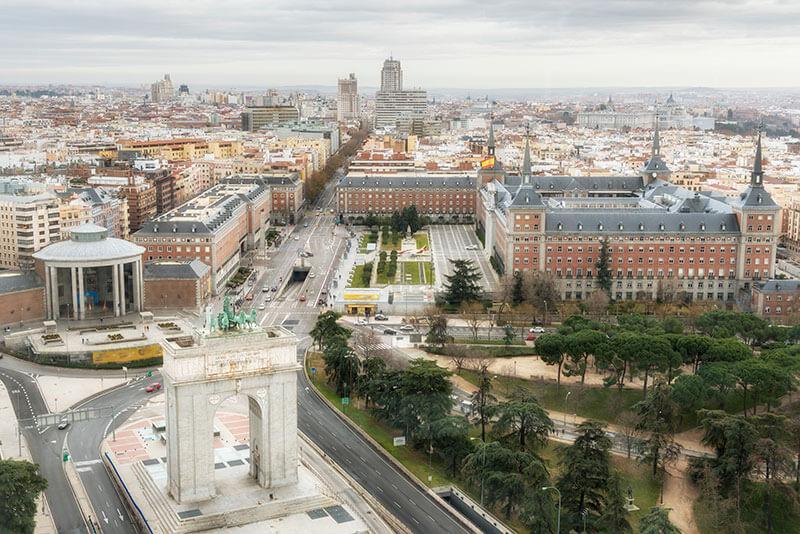 Ousting corrupt heads of government has slowly become more common across the world. In 2016, major corruption scandals and nation-wide political protests led to the impeachment of the Presidents of Brazil and South Korea. In 2017, the release of the Panama Papers led to the resignation of the Prime Minister of Iceland and the dismissal of the President of Pakistan. Now, a corruption case almost a decade in the making has unseated the Prime Minister of Spain.

On June 1, Spanish Prime Minister Mariano Rajoy was ousted after a vote of no confidence and Pedro Sanchez, the leader of the Spanish Socialist Worker’s Party (PSOE), became the new Prime Minister. The formation of the new Sanchez administration is the latest development of a corruption case that began over nine years ago and has completely disrupted the Spanish political landscape.

Investigations into the Popular Party (PP), Mariano Rajoy’s political party, started in 2009 when businessman Francisco Correa Sánchez was arrested on a number of charges, including bribery, money laundering, and tax fraud. In this case, called the Gürtel case, Correa was identified as the ringleader of a major kickbacks-for-contract scheme with the Popular Party. A series of investigations and court cases involving members of the Popular Party and associated businesspeople uncovered the extent of the kickbacks-for-contract scheme, which had run parallel to the party’s financial structure since the party’s creation in 1989. 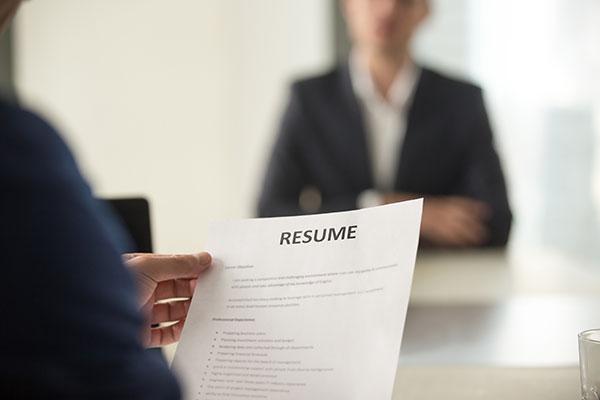 It’s always important to hire the right person for the job. But the recent resignation of luggage-maker Samsonite’s CEO, Ramesh Tainwala, serves as a high-profile reminder that resumes sometimes fail to reflect reality.

Mr. Tainwala resigned on June 1, 2018, following the release of an activist investor’s report which included allegations that he had repeatedly been represented as “Dr. Ramesh Tainwala” in online media and regulatory filings, despite never actually completing the PhD program he’d enrolled in. A simple degree check confirmed that he’d never been awarded a diploma, and in statements to the Wall Street Journal (paywall), Mr. Tainwala acknowledged that he did not hold a PhD, and that he had “always felt embarrassed about it as [he] knew [he] did not complete the program.” Ramesh Tainwala’s resignation is reminiscent of former Yahoo CEO Scott Thompson’s resignation in 2012; Thompson had padded his resume by adding a computer science degree to the accounting degree he actually held. 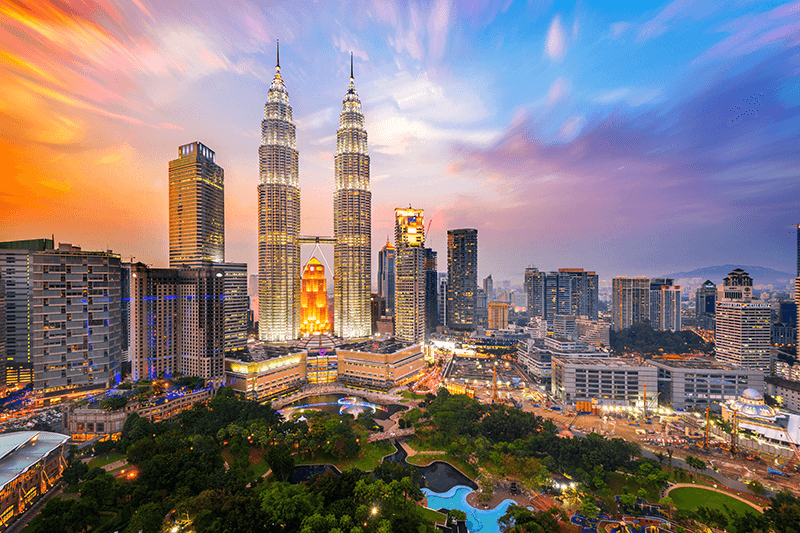 Here on the blog we've discussed the 1MDB scandal before before in Malaysia. First reported on in 2015, the scandal involves some US $4.5 billion that was allegedly misappropriated from a government-owned fund.

Recently there have been some new developments in the case. As a result of investigations by the Malaysian Anti-Corruption Commission (MAAC), on May 19, 2018 police forces conducted raids on more than ten apartments associated with the former Prime Minister Najib Razak, as well as several apartments occupied by his children. Malaysian authorities reportedly seized nearly US $29 million in cash from Razak, who had been under investigation by the MAAC since 2015 for allegedly stealing nearly US $700 million from 1MDB. The cash seized by officials was reportedly composed of 26 different currencies. Officials reportedly also seized over 280 boxes containing designer handbags, watches, and jewelry.

Razak reportedly justified the cash as donations from friends intended for an election campaign by the Barisan Nacional political party.  In order for authorities to verify whether or not the alleged donations are legitimate, Razak will be required to declare each of the individual sources of the funding if he wants to prove that none of the payments were illicit or improper.

As the 1MDB scandal shows, anti-corruption investigations can take years to produce results and recovering funding is a complex issue. It is prudent to protect your business from corrupt and unlawful dealings through compliance and due diligence programs. Smith Brandon International has a wealth of experience in global corporate investigations that can help protect your business.

Don’t Get Caught Up With A Bad Broker 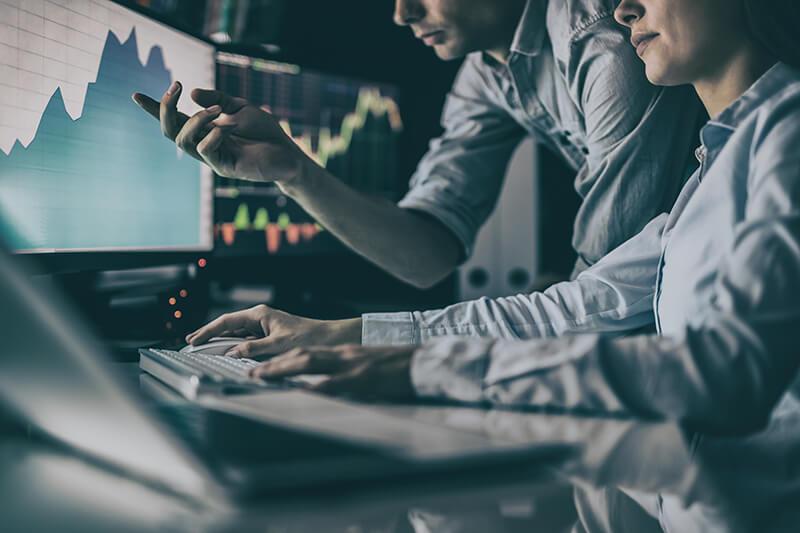 Several days ago the Wall Street Journal published an article about a financial adviser in Beverly Hills, California (article is behind a paywall) named Mr. Kay who had promoted a supposedly high-yield, low-risk investment. Unfortunately, the company behind the investment is now in bankruptcy and is being investigated as a Ponzi Scheme. Mr. Kay himself, it turns out, was “barred from the securities industry for allegedly running a fraud, according to public records, and later fined $5,000 for breaking that ban.” However, he had changed his name since these infractions, which would have made it more difficult for investors to know about his history.

The investment he was promoting falls into the category of “private placements” a type of private investment a surge in popularity among accredited investors and companies looking to raise money for a variety ventures.

However, because they are more lightly regulated than other investments, and many stockbrokers have started marketing private placements to individuals who may not be as sophisticated investors, these kinds of less regulated investments can be very attractive to fraudsters and unscrupulous brokers. 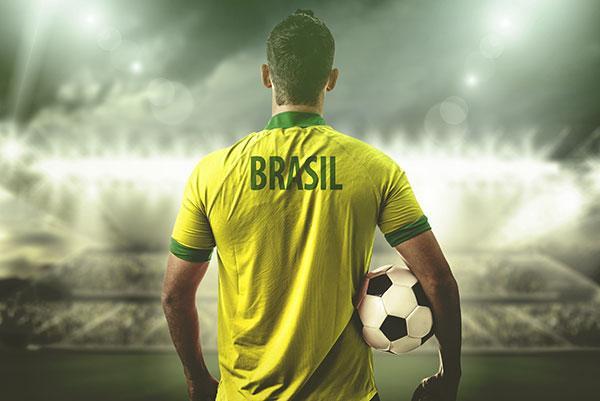 Smith Brandon International has years of experience working in Brazil, and a broad network of investigators in the country. Many of our clients have asked us to help them with expanding their business in Brazil and we have been happy to help them avoid risks to keep their plans on track. We keep a close eye on developments in Brazil so we can be prepared for anything our clients might need. One huge aspect of life in Brazil is professional soccer (football), and with the FIFA 2018 World Cup coming up, Brazilian excitement for the global sport is at a fever pitch. That’s why we were particularly interested in recent events that combine both Brazil’s favorite sport and our ongoing monitoring of anti-corruption efforts.

Recently, the governing body of international soccer, FIFA, banned the head of the Brazilian football federation for life from involvement in professional soccer at the national or international level. The primary allegations against Marco Polo Del Nero are that he took bribes in exchange for awarding contracts to media and marketing companies. 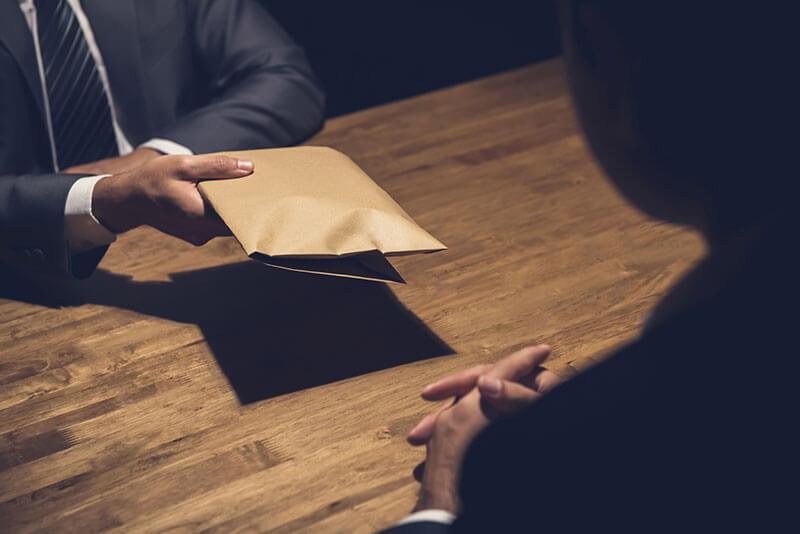 Egbert Koolman, a current resident of Florida and former official at the Aruban state-owned telecommunications company Servicio di Telecommunicacion di Aruba N.V. (Setar), has recently plead guilty in a money laundering and bribery scheme that also led to guilty pleas for FCPA violations from others involved in the scheme.

Between 2005 and 2016, while Product Manager at state-owned Setar, Koolman collected a reported US $1.3 million in bribe payments in exchange for his influence over profitable contracts awarded by Setar.  Under Koolman, Setar reportedly issued approximately US $45 million worth of phone contracts to a handful of vendors, some of which issued refurbished mobile phones that were either faulty or infected with pornography.

Another associate in the scheme, Lawrence W. Parker, Jr. of Miami pleaded guilty to conspiracy to violate the Foreign Corrupt Practices Act (FCPA) and to commit wire fraud. He admitted to being part of a conspiracy to bribe an official in exchange for telecomunications contracts.

Setar has released public statements that Koolman was fired in 2016 after the corrupt scheme was discovered as a result of documents released with the Panama Papers.  It has become apparent that not only did the bribery scheme involve illicit wire transfers in the US, Aruba, and Panama that violated anti-corruption regulations connected with the FCPA, Koolman also sold confidential information from Setar to certain vendors.

It is important to be aware that despite regulations and provisions designed to deter corruption and money laundering, Koolman was able to carry-out this scheme for over a decade. Without effective FCPA compliance and due diligence programs, companies expose themselves to unnecessary and preventable risks. If you have questions about your company’s compliance program, need help establishing internal controls, or need due diligence on current or potential business partners, contact Smith Brandon International. 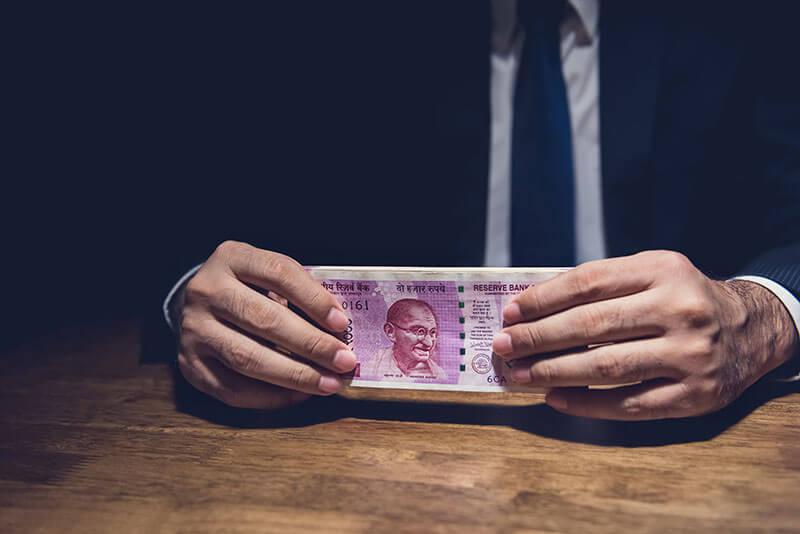 Smith Brandon International frequently works for our clients in India. So we keep a close eye on the country to make sure we're always up to speed on what's happening there, and how it might effect our clients. Recently, India’s banking fraud problem has become so severe, some economic experts warn that it may hamper the country’s economic growth and development.

On April 27, it was announced that India’s Central Bureau of Investigation has booked 15 officials of IDBI Bank for involvement in an INR 6 billion (approx. US $90 million) fraud scheme. This is hardly the first fraud scheme uncovered, nor is it the largest. In February 2018, it was revealed that famed jeweler Nirav Modi and his uncle Mehul Choksi had defrauded the Punjab National Bank of approximately INR 130 billion (approx. US $1.9 billion); this was the largest fraud case in India’s history. Modi and Choksi fled India In January before the fraud scheme was revealed; Modi is believed to currently be in the United States.

South Korean Leader Will Not Appeal Prison Sentence for Bribery 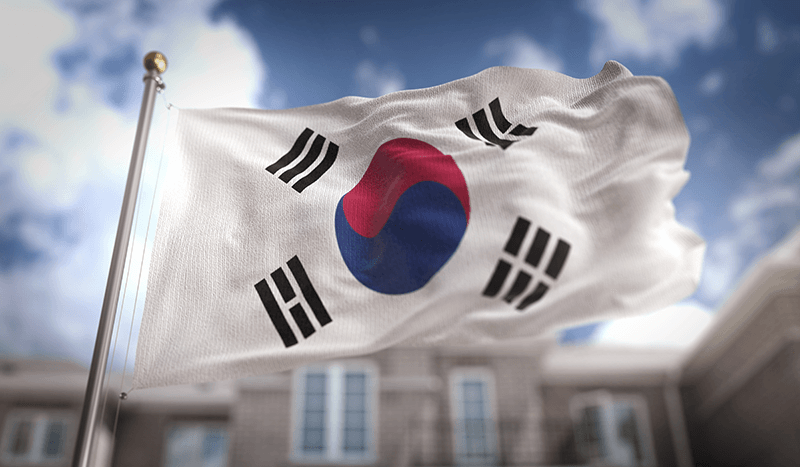 Park Geun-hye, the disgraced former president of South Korea, will not appeal her 24-year prison sentence for bribery, corruption, and extortion. This announcement, made on April 16, ends what has been one of the biggest political scandals in South Korean history. A scandal which has shined a light on government and corporate corruption in the nation.

On October 24, 2016, an independent report by South Korean news programs revealed that Choi Soon-sil, a family friend and personal confidante of Park, had access to copies of presidential speeches before they were publicly announced, despite not having an official position within the South Korean government. Further investigations and parliamentary hearings revealed that Park, Choi, and members of Park’s staff extorted billions of won from Korean chaebols (large family-owned conglomerates, such as Samsung) to set up culture and sports-related foundations run by Choi. Choi also used her influence to ensure her daughter Chung Yoo-ra attended Ewha Womans University in Seoul. Choi was eventually sentenced to a total of 23 years for her involvement in this scandal.

Strained Relations between Somalia and the UAE 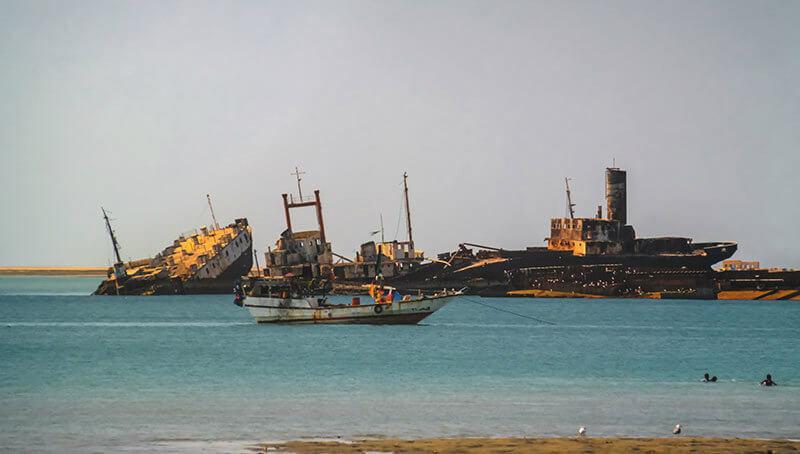 While often this blog focuses on corruption and fraud, we also pay close attention to international news generally, so we can be sure we’re prepared for any issues that may come up for our clients. One situation we’ve recently been following is the relationship between the UAE and Somalia.