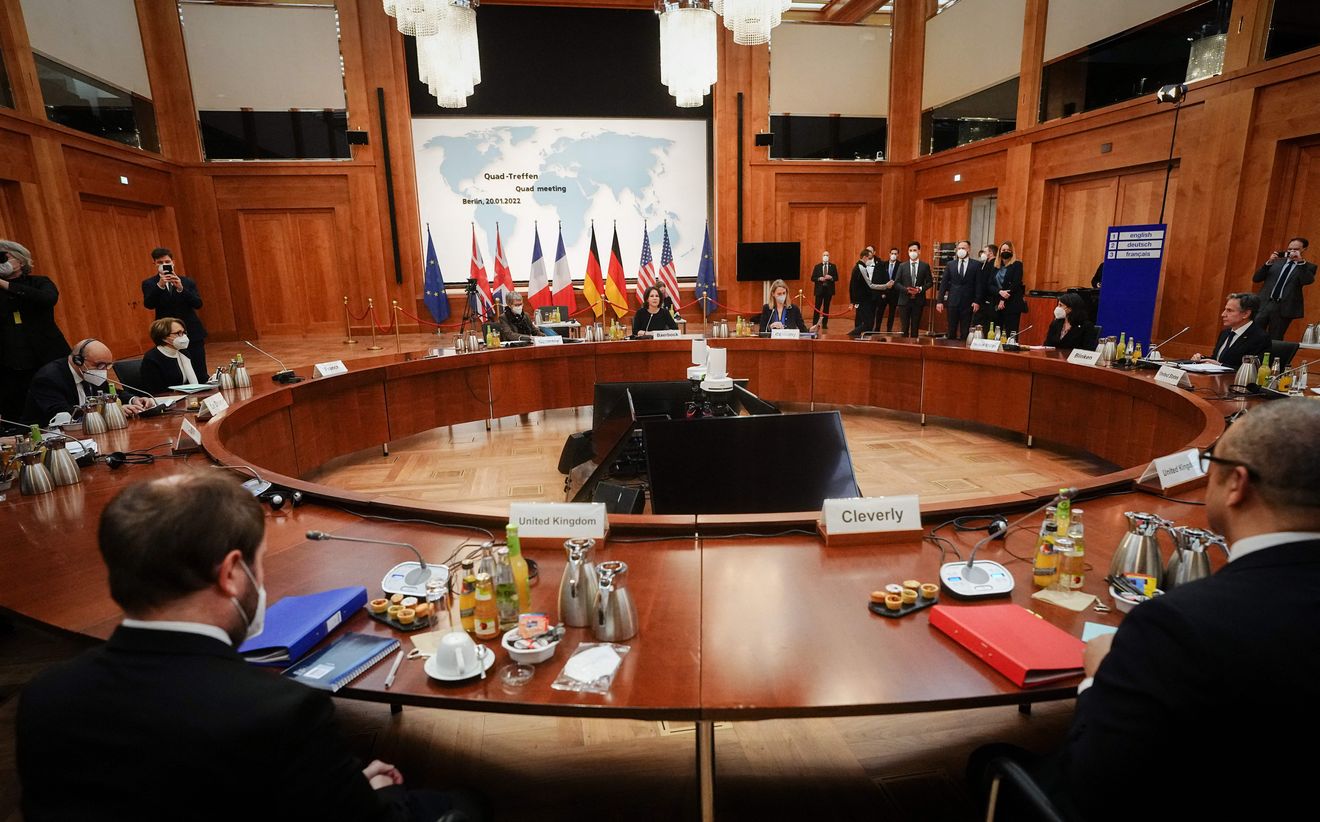 As Russia–Ukraine tensions mount, de-escalation of the conflict between the two former Soviet nations seems less likely by the day. Kremlin officials have denied any intention to invade, but commentators note that, at the same time, Russian troops are undertaking what looks like "final preparations" before an incursion. Although keeping the West guessing has been part of Moscow's game plan in the past, NATO defense officials say Russia has never before reached the current level of preparedness and then drawn back troops.

According to experts, as long as Russia's next big move remains uncertain, the same will hold true for the West's response. Still, the US and NATO allies have signaled willingness to implement a package of retributions, consisting primarily of economic and financial sanctions. The White House warned Moscow that it would face "massive consequences" for any further invasion of Ukraine, stressing that potential restrictions will be much more severe than those implemented in 2014 after Russia annexed Crimea.

Probably the most far-reaching measure the US and its allies are considering is cutting off Russia's access to the Swift financial messaging system. Swift acts as an intermediary for transactions among more than 11,000 financial institutions and companies around the globe. Restricting a country's access to the system could have serious economic consequences: when Western nations threatened to cut off Russia from Swift in 2014, Russian officials estimated that the move could shrink its GDP by 5%.

Another highly consequential restriction the US is weighing may seriously harm Russia's technological development. The Biden administration said it may resort to export sanctions on US microchips. Virtually all modern electronics, from smartphones to aircraft, contain semiconductors designed or manufactured in the US. Exercising this type of export control may thwart Russia's hi-tech ambitions (in areas such as quantum computing or artificial intelligence, while also restricting citizens' access to consumer electronics.

Among the other measures under consideration are more frequently-used penalties on Russia-linked firms and individuals. The US already has sanctions in place on Russian state-owned financial, energy, and commodities companies, but these could potentially extend to private firms and overseas subsidiaries.

The Biden administration said it plans to implement restrictions only if Russia attacks its neighbor and not before that. A bipartisan group of US senators is currently drafting a bill to strengthen the White House's efforts in that direction. However, some senators argue that sanctions must be implemented—at least in part—before a potential Russian incursion.

At the same time, a trade group representing US energy companies is calling for the White House to exempt some products from possible sanctions—and give US companies time to fulfill their preexisting obligations and wind down their dealings in Russia.

Commentators say such broad restrictions, or what has been dubbed a "sanctions doomsday device," may be hard to pull off without causing damage to Western companies and having other unintended consequences reverberate throughout the world economy. In any case, the US and its allies clearly hope the threat of sanctions is enough to deter Russia from invading. But there is no guarantee that this strategy will work.

"US persons' […] must be prepared to react quickly to avoid liability,"  commented Michael Volkov, CEO of the Volkov Group, who specializes in ethics and compliance. He stated further, "Sanctions might be introduced with very little notice, and compliance is expected immediately."