As the U.S. Bans Imports from Xinjiang, Burden of Proof May Complicate Supply Chain Due Diligence 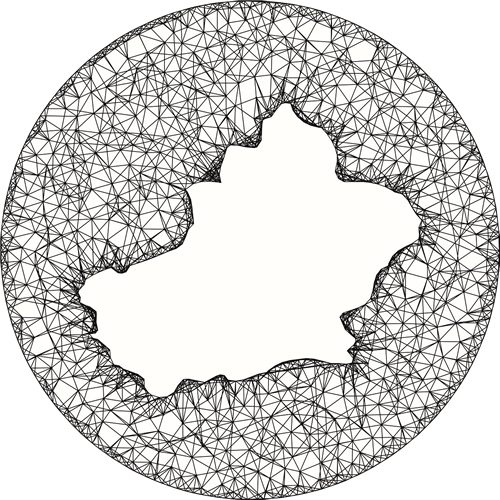 What do the Golden State Warriors have in common with a French parliamentary motion, a new U.S. law, and a diplomatic boycott of the 2022 Winter Olympics in Beijing? How could these seemingly unrelated things affect the global supply chains? The thread tying all of these together is the growing controversy around China’s reported abuse of the Muslim Uyghur minority in the Xinjiang Uyghur Autonomous Region (Xinjiang).

Looking to curb the products of forced labor, the United States had already banned goods from Xinjiang’s largest cotton producer Xinjiang Production and Construction Corps (XPCC) and other suppliers from the region in 2020. Some critics said a year later that the banned cotton could still be found on U.S. shelves, because its origin was masked through shipping it to other countries for the actual manufacturing. This practice will be harder to maintain, as on Thursday, December 23, 2021, United States President Joe Biden signed into law H.R. 6256, which bans imports from the Xinjiang region altogether and imposes sanctions on foreign individuals responsible for forced labor in the region. The Act creates a rebuttable presumption that any good, even partially produced in the Xinjiang region in China is the result of forced labor and places the burden of proof to the opposite on any company willing to import goods originating in Xinjiang.

What’s more, the act envisions the U.S. implementing Article 23.6 of the United States-Mexico-Canada Agreement to ensure that the ban is enforced in all three countries. The ripple effects are seen even further as the French Parliament passed a motion last week asking the government to condemn China for "crimes against humanity and genocide" against its Uyghur Muslim minority. French President Emmanuel Macron said that he was in favor of EU regulations that would "ban the import of goods that result from forced labor." A number of countries, including Australia, the UK, Denmark, Belgium, and Canada have announced diplomatic boycotts of the Beijing Olympic Games as a result of China’s human rights violations.

And while China vehemently denies the accusations, explaining that the camps in question are for “vocational training and to stem religious extremism”, those who choose to ignore the problem are faced with widespread criticism. Tesla, for example, was called “misguided” by the chairmen of two U.S. congressional panels just last week, for deciding to expand in the Xinjiang region. And the Golden State Warriors basketball team was quick to distance itself from the words of its 10%-shareholder Chamath Palihapitiya, who recently said in a podcast that, like most Americans, he doesn’t care about the Uyghurs and what is happening with them. The online outcry following those words seems to prove them wrong, even if some claim that Palihapitiya only spoke out loud what many may be thinking.

But whether the concern in the public is real or not, U.S. Law H.R. 6256 has been signed and many companies will have to adjust to it. It won’t go into full effect before June 21,2022 but when it does,  an estimated roughly $64 million in direct U.S. imports from Xinjiang (according to figures from China’s customs agency) will be at stake. In the meantime, there are many questions around the practicality of the act and the authorities’ ability to enforce it. Once H.R. 6256 goes into effect, companies could still, in theory, import goods from the region, but there will be many more hoops to jump through and some of these are still unclear. Customs must determine “by clear and convincing evidence” that the goods, wares, articles, or merchandise were not mined, produced, or manufactured wholly or in part by forced labor. This may sound straightforward, but it may prove too cumbersome for companies to deal with. After all, even the United Nations Commission for Human Rights has been unable to convince the Chinese government to allow access for an investigation into the alleged human rights violations, so how could a U.S.-based importer ever be sure of the veracity of documentation? And how many would be willing to risk it without extensive due diligence and careful consideration of all links in their supply chain? It looks like these questions are yet to find their answers. And while some industries are attempting to shift away from Xinjiang, others will be there to stay and global companies will have to adjust. Among other things, this adjustment is likely to require completely new and bespoke approaches to due diligence, something we at Kreller certainly know a thing or two about.