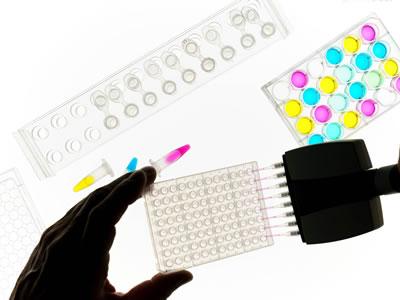 Few fraud cases have garnered as much attention in the last decade as the Theranos scandal. The spectacular rise and fall of the biotech startup and its founder Elizabeth Holmes have already inspired a documentary and a best-selling book, while a Hollywood film starring Jennifer Lawrence is in the making. And now, as Holmes’ criminal fraud trial is underway, it looks like the Theranos saga might be drawing to an end.

So, what made the case such a headline grabber and where did it all begin? And more importantly — what lessons can we learn from it to avoid such a massive waste of resources in the future?

The controversy surrounding Theranos began around six years ago, when a Wall Street Journal investigation raised questions about the high-flying startup’s promises to investors and consumers. As the firm’s founder, Stanford dropout Holmes had gained widespread recognition — she appeared on magazine covers and was even dubbed the “next Steve Jobs.”

Theranos’ apparent goal was nothing short of revolutionizing blood testing through innovative technology. The Palo Alto company claimed that its machines needed just a few drops of blood to perform lightning-fast tests for a wide array of conditions. Prospects for enormous returns drew prominent investors, such as Rupert Murdoch, Betsy DeVos, and the Walton family, heirs of Walmart founder Sam Walton. They pumped eight-figure sums into the venture, boosting its valuation to around $9 billion at its peak.

But the startup’s promise unraveled faster than it was made. After the initial damning report, allegations surfaced almost daily — whistleblowers came forward, patients recounted deception, and corporate partners withdrew. It looked like Theranos was not only unable to deliver, but it reportedly misled patients and investors about its processes and the capabilities of its instruments. Critics said its blood test results were often wildly inaccurate and relied on commercially available equipment from competitors.

By 2018, the company had dissolved and Holmes and other executives were facing criminal charges. Estimates placed investor losses at around $600 million and prosecutors claimed many patients’ lives were negatively affected.

After several setbacks over the years, including an inexplicably missing database and the defendant’s recent pregnancy, Holmes’ month-long trial finally started on August 30. Commentators on the highly publicized case speculate on the potential strategies that prosecutors and defense attorneys will use next, with the former aiming to prove intent to deceive and the latter maintaining it was simply a failed dream.

Whatever the outcome of the trial, one question remains: What made some of the world’s biggest investors throw hundreds of millions into the Theranos abyss?

The hype around the startup at the time and the founder’s charisma certainly played a part. Holmes had an almost cult-like following, so much so that despite her fall from grace, merchandise with her likeness is still widely popular online, and female health-tech entrepreneurs complain of constantly being compared to her.

There’s also the business side — investors are eager to get in on hot sectors like health tech, sometimes at the expense of doing enough diligence on new investments. It’s particularly hard to evaluate claims by Silicon Valley startups where the tech they develop is essentially a black box and the line between hopeful exaggeration and willful deception is often blurry. And although Theranos has made investors warier, the lure of the booming tech sector still convinces many to jump headfirst into risky ventures.

But there’s another area where red flags may be easier to spot and that’s often overlooked — a company’s financials. The prosecution’s first witness in the Theranos trial was Han Spivey, who was the firm’s financial controller from 2006 to 2017. Her testimony revealed financial troubles behind the scenes during the startup’s initial period of allure. Spivey said Theranos’ financial statements went unaudited for years, which is not illegal for a private company but is unusual.

Looking at a firm’s finances is one route stakeholders can take to avoid a sinking investment or partnership. The Theranos case teaches us that the best approach is to be skeptical and examine a company from as many angles as possible before going into business.