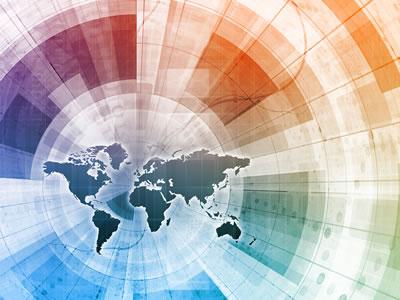 With the UN’s Intergovernmental Panel on Climate Change (IPCC) sounding a “code red” alarm on the future of humanity, the topic of environmental, social and corporate governance (ESG) is more current than ever.

Various surveys have demonstrated that consumers want companies to incorporate ESG practices and studies link higher ESG scores with lower cost of capital. Investors are also hopping on the train, as shareholder resolutions pushing for increased ESG efforts reached a record high in 2021. What’s more, the COVID pandemic has accelerated ESG adoption as global conglomerates, such as Carrier, start linking their ESG goals to executive compensation packages. All in all, a commitment to ESG appears to be a no-brainer for any company looking to improve its image and sales.

But committed as companies may be, they rarely operate in a vacuum. An ESG push that doesn’t ripple through the supply chain can hurt a company more than it helps it, especially if accusations of greenwashing or human rights violations ever surface. Corporations worldwide are suffering the consequences of not keeping a close eye on the practices of their suppliers. Fashion brand Boohoo is just one example, as it faces renewed backlash over the actions of its suppliers.

“Companies are more aware that the greater risk comes not from their T1 suppliers, but from their sub-tiers (…) when a brand gets boycotted because of forced labor in a factory thousands of miles away, for example, it’s their product and their company that gets hurt,” Nancy Clinton from SupplyShift writes in a piece for SpendMatters.com.

And while investors and customers alike are reacting with their wallets, governments are starting to act against greenwashing as well – with UK regulators “homing in on green claims made for consumer products,” as outlined in the Financial Times. The Oxford Business Group even argues for the introduction of universal ESG standards as “the absence of a globally recognised ESG reporting system has led to accusations that companies can easily misrepresent their sustainability performance.”

And the efforts don’t just stop with greenwashing. A report by the European Commission on due diligence requirements through the supply chain revealed that “just over one-third of business respondents indicated that their companies undertake due diligence which takes into account all human rights and environmental impacts, and a further one-third undertake due diligence limited to certain areas. However, the majority of business respondents which are undertaking due diligence include first tier suppliers only.” This is notable, as the sub-tier suppliers are often where the ESG issues occur, as pointed out by Clinton.

One way to mitigate those risks is to establish ESG due diligence processes that cover the sub-tiers and EU authorities are waking up to that. In March, the European Parliament adopted a legislative initiative report, calling for EU-wide rules that would “oblige companies to identify, address and remedy aspects of their value chain (all operations, direct or indirect business relations, investment chains) that could or do infringe on human rights (including social, trade union and labour rights), the environment (contributing to climate change or deforestation, for example) and good governance (such as corruption and bribery).” Once adopted, these rules would apply to all companies operating on the EU internal market, even if they are established outside of the Union.

On July 12, 2021, the EU followed up with practical guidance for companies on how to “implement effective human rights due diligence practices to address the risk of forced labour in their supply chains.” Here’s a glimpse at the six-step due-diligence framework, as proposed by the EU:

In light of all that, regulatory risk related to ESG is now ranked second in Gartner, Inc.’s latest Emerging Risks Monitor Report. And while the Centre for the Promotion of Imports from developing countries (CBI), estimates that the new EU rules likely won’t start coming into effect before 2023, companies shouldn’t drag their feet on setting up an accountability system. In fact, some EU members have already introduced such requirements, or are about to do so very soon. In 2017, France adopted legislation requiring multinational companies to prevent human rights abuses through due diligence on their supply chains. And Germany has just followed suit, with regulation that will come into effect as of January 01, 2023.

If the code red alarm on global warming, investor pressure, and consumer backlash are not enough to alert companies to the need for proper ESG due diligence perhaps the fines, outlined in the German Supply Chain Act (Lieferkettengesetz), which reach up 2 percent of the annual turnover for large companies, will do the trick.