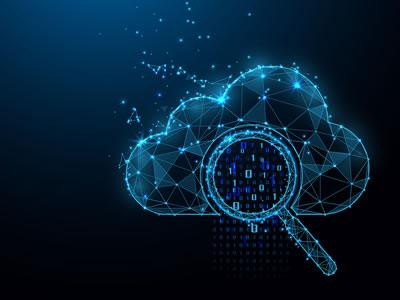 Data science has reshaped many industries in the last two decades. But it has notably entered the government sector too, as regulators increasingly rely on analytical tools to uncover and prosecute violators.

One agency that seems to be at the forefront of data science adoption is the US Securities and Exchange Commission (SEC). The regulator has been using analytics to combat insider trading for some years now. A recent example is a charge against three former Netflix engineers, which the SEC detected using its data analysis tools that pick out “improbably successful trading over time.”

But the agency has more recently accelerated the use of such tools in the fight against another common securities law violation — financial reporting misconduct. Commentators see the move as one aspect of a broader shift in the SEC’s agenda since new chairman Gary Gensler took over in April. Under Gensler’s leadership, the agency is expected to direct more of its efforts towards enforcement.

The latest example of the SEC’s increased reliance on analytics is its charge against Healthcare Services Group Inc. (HCSG), a provider of housekeeping and other services to healthcare institutions. The company’s agreement to a $6 million settlement made headlines last week after the SEC accused it of accounting violations that reportedly allowed it to inflate earnings per share (EPS) in its quarterly reports.

The commission credited the uncovering of the alleged misconduct to its Enforcement Division’s EPS Initiative, which uses risk-based data analytics. According to the official SEC release, HCSG failed to disclose certain loss contingencies, allowing it to report higher earnings.

The HCSG case is not the first time that the securities regulator has used analysis tools as part of its EPS Initiative. In September 2020, the agency announced that it had reached similar settlements with two other publicly traded firms — Interface Inc. and Fulton Financial Corp. And in April 2021, the SEC charged eight companies as part of a different initiative that focuses on Form 12b-25 filing lapses. The agency once again cited data analytics as the method for uncovering these irregularities.

But the analytical approach has long been a part of the SEC’s arsenal, albeit at varying sophistication levels. One curious example is the so-called case of the missing ‘4’. It goes back to 2009, when an academic team published a paper exploring the suspicious absence of the number 4 in companies’ financial reports. Researchers specifically looked at the first post-decimal digit of reported EPS and found that ‘4’ appears less often than would be expected by chance alone.

This finding led the study’s authors to suspect companies of improperly rounding up their EPS numbers to gain a strategic advantage and dubbed the phenomenon “quadrophobia.” Although the rounding itself might not amount to fraud, researchers found that it may be a red flag, as companies that practice it are more likely to have been charged with accounting violations.

The paper reportedly caught the SEC’s attention, which sought to implement the findings in its enforcement efforts. In 2010, the agency charged Dell Inc. with manipulating earnings and obtained a settlement of $100 million from the company. The investigation was prompted by the discovery that Dell didn’t report EPS with ‘4’ in the tenths place even once between 1988 and 2006.

With the SEC moving towards more enforcement through focused initiatives and data analytics, we’re bound to see more companies targeted in the near future. Time will tell if the latest charges represent the extent of typical accounting offenses or if these are just the tip of the iceberg.